Penn's Tree, with the City and Port of Philadelphia 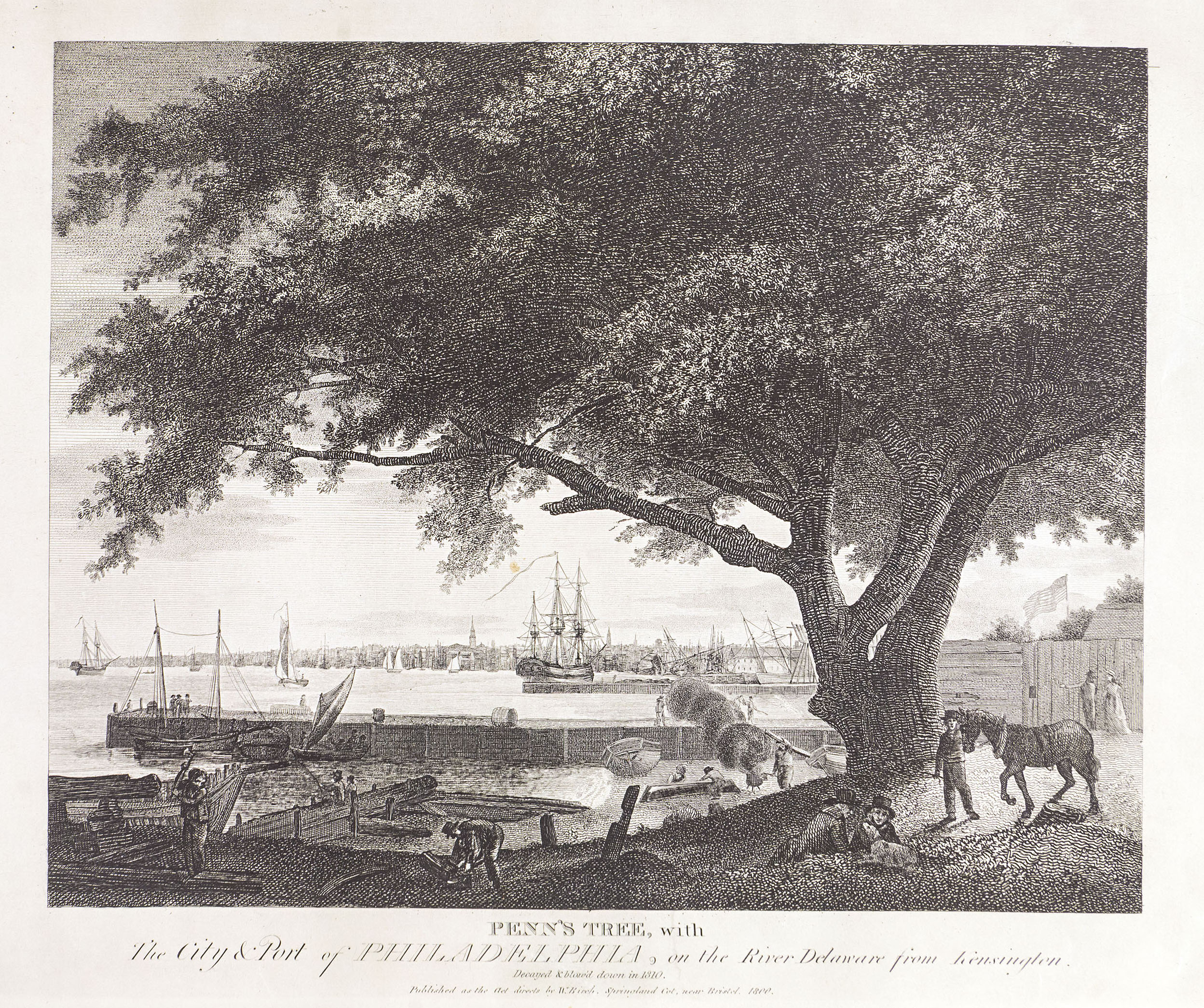 William Birch. Penn’s Tree, with the City & Port of Philadelphia. 1800.

Over 250 years old in the early 1800s, the great Elm was one of the only remnants of pre-colonial Pennsylvania. Surrounded on every side by a rapidly industrializing Philadelphia, the Elm is depicted here in an iconic image that would be widely distributed in Birch’s Views of Philadelphia, a book of prints that was popular in the 19th century and remains popular today. This engraving shows that the tree itself was memorable enough to be easily recognizable as “Penn’s Tree,” and it served as a representation of the Treaty in the 1800s and even after it fell. The Elm itself was memorialized and used as an icon of Philadelphian history, while the Lenape people were written out of history after being pushed out of Eastern Pennsylvania during colonization.