Box of the Penn Treaty Elm 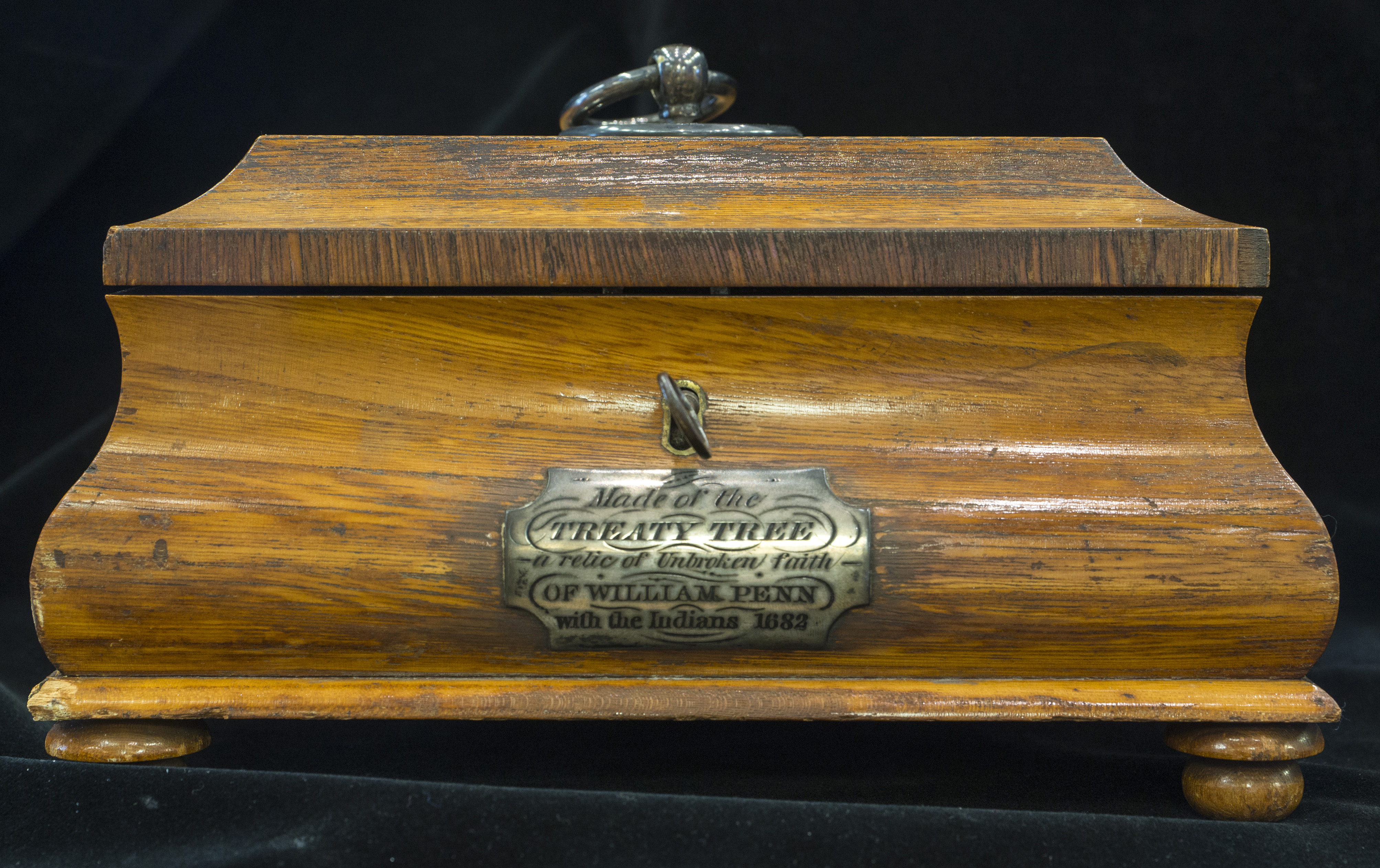 When the Penn Treaty Elm fell, locals took pieces of wood from the tree, and many of them turned the wood into practical objects. These Pennsylvania residents used the wood of a tree originally on Lenape land as material to create relics celebrating William Penn and the Treaty he and Chief Tamanend made under the Elm, from boxes (shown here) to rocking chairs. These objects, often complete with small plaques that focused on Penn over the Lenape, continued the history of the Elm even after its death through their presence in Pennsylvanian daily life. By turning the Elm into utilitarian, everyday objects, Philadelphians welcomed the myth of “Penn’s Treaty” into their home, showing that the story was not just for Pennsylvania elites—it was for the average Pennsylvania family as well.