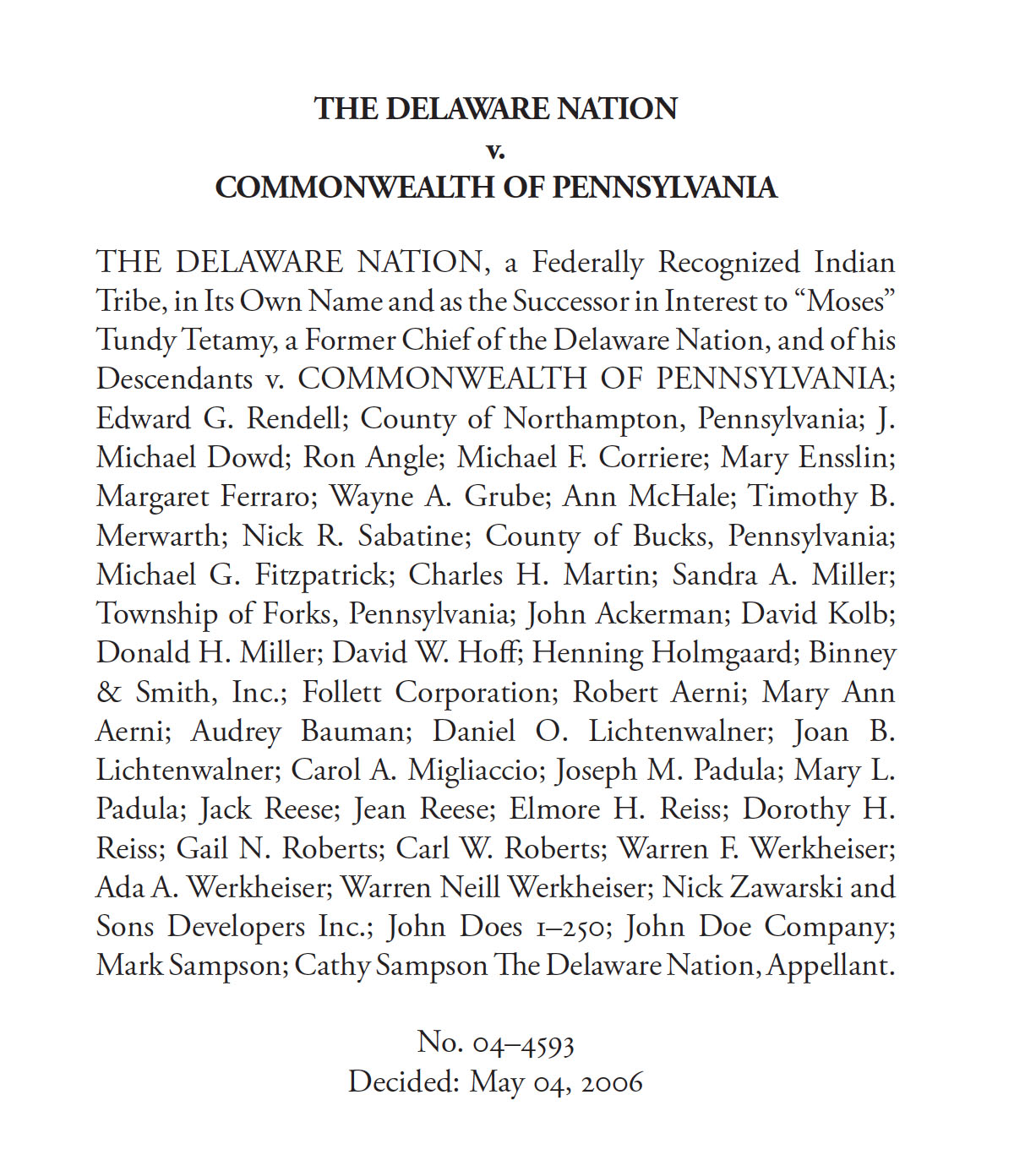 In 2004, the Delaware (another name for the Lenape) Nation, one of three federally recognized modern day Lenape communities, filed a lawsuit against the Commonwealth of Pennsylvania seeking restoration for 314 acres of land stolen from them in the Walking Purchase. Their request was denied three times: once by the District Court for the Eastern District of Pennsylvania, once by the Third Circuit Court, and once by the Supreme Court of the United States. While some might argue that the Walking Purchase is not relevant to the history of the Elm, in reality this betrayal is equally as important as the original promise of friendship made under the Elm—and just as the Treaty lives on today through scholarship, the Walking Purchase lives on through American law, denying the Lenape of the land that they once lived, farmed, and watched trees like the Elm grow.